Performing Archive' is a process of developing a collective, non-institutional system that addresses the storage and ordering of ephemeral artistic practice in everyday places.

We find many things in fading conditions. A trace bears witness to something that has passed, to a temporality of which presence and absence is part. An absent body, a present voice. Traces in snow we follow to arrive at an end or to lose track of the route, finding loose ends on the way, because time made the snow disappear. If an artwork exists in this fading condition, it brings up the question of what remains after the situation has vanished, or the event has passed and how these remains are dealt with. Every work of art might be documented. But not every work of art disappears after this documentation. In the case of ephemeral artworks, like site-specific interventions or on-site performances and actions, this documentation hints towards a work that once existed and now only exists in hints. Together, the remains of the work and the documentation form an archive of traces. What are these traces and how to archive them? Even though the increasing digitalization of working processes furthers the dematerialization of artistic processes, the very condition of time-based immaterial art practices demands to be archived. In comparison to an object- based material art practice, these works exist only to vanish again and therefore demand an afterlife in traces, to be conserved and reactivated after the fleeting existence. Whereas non site specific works as solid objects can be placed and re-placed, transported everywhere, site specific works are attached to time and space of their environment and situation. As public space involves multiple authorship, they are constituted by more than itself.
As a temporary adjustment, they bring the space itself into a certain condition including ist infrastructure, surroundings and people. As the place can not be owned by the artist, it is this fading condition that makes the work and seeks to be archived, which means also the archiving of a transformation. Every fragment of the archive hints at this temporality of the work itself, the fact that the result of a process has gone. This constitutes a working process of which documentation and archiving is an urgent part. More than an impulse of emotional attachment, collecting for oneself and for others is the only possibility to keep track of the work, in an archive that is personal and public at the same time. While re-accessing own works from the past is dependent on this archiving, it creates a changed access to the work: Browsing in material or immaterial records of works feels like browsing in fleeting memories, as the archive of past works is always secondary and can never be primary. To be able to enter this mode of looking back, one needs to incorporate this mode into the process, while the work exists, a mode of speculative selecting and collecting of traces. Which of these traces are needed to allow a glimpse into possible re-compositions? How to create a context that generates meaning? Where does the archive begin and where does it end? Fragments remain, that are not the work itself and in the curation of these, the artistic process becomes part of the work. Traces of the work in the archive might be immaterial documentation, like digital photographs, as well as material remains, like documents or costumes. There is primary material, the remains, that were part of the work, as well as secondary material, the documentation, that represents the work. There is material, that is directly part of the
work and (process-) material, that is indirectly part of it. As these divisions overlap, the generation of systems of order and structures of knowledge in archives of ephemeral artworks, that are induced with an own logic but still accessible to others, are further complicated. What kind of archive is needed in this specific artistic practice, what other forms are possible?
The task of preservation then involves a curation and selection of important and less important traces that guide enough, but not too much into the direction of the right path, which demands an openness to let new works appear. A selection that is highly subjective but with no control over how meaning will be created from pieces into a whole in the future. In the composition of this framework, knowledge is floating between platforms of hints, the vanished work is situated inside this flexible network of knowledge. Here lies the potential of information organized and re-organized in the archive, as an opening of new points of access, a generator for new meanings and entanglements. In Performing Archive Locuratolo & Moritz Riesenbeck dig into the unstable, pending archive while at the same time opening this process up to the public. In search for other more materialistic forms of documentation and points of access into their ephemeral works, they open up their archives and invite visitors into a situation in which these emerge by subjects and their actions. The opening of the archive with the presence of bodies in it becomes a gesture of empowerment over access to information as well as a moment of exposing this personal element of the artistic practice in it’s vulnerability, asking what role we take in re-accessing information of vanished processes. Ownership is blurred in the juxtaposition of archival material from two different artists as the traces collapse into each other. In performative live-ordering, the possibility of constant reshuffling of fragments in order to form new narratives becomes tangible. By exploring the existence of their works in hints, they present an archive that is itself in a fading condition, a work to be existing in hints, that will demand to be archived in traces. 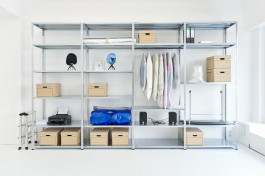 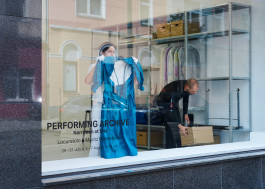 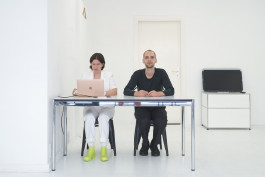 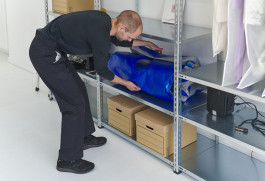 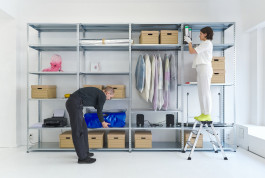 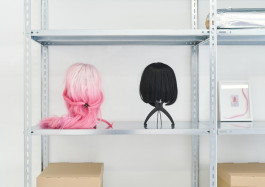 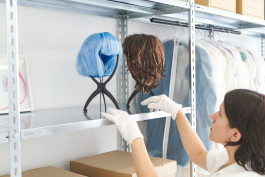 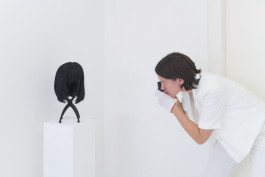 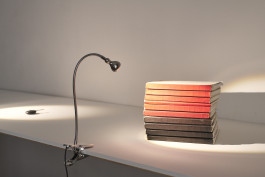